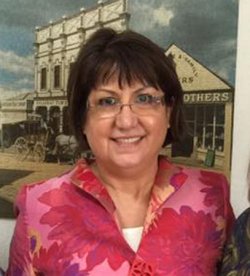 A proud Oklahoma native, Debra K. Hampton graduated from the University of Central Oklahoma in 1983 with a degree in Elementary Education. After teaching a few years, Debra enrolled in the University of Oklahoma Law School where she earned her Juris Doctor in 1990. In that same year, Debra was admitted to the Oklahoma Bar Association and the Western U.S. District Court in Oklahoma City. Since that time, she has been admitted in the Eastern and Northern U.S. District Courts and also the Tenth Circuit Court of Appeals.

Debra has also earned a “Notable” rating with Martindale-Hubbell for her strong ethical standards. This rating was decided by peers and other members of the bar and the judiciary in the United States.

Schedule a consultation with our team.